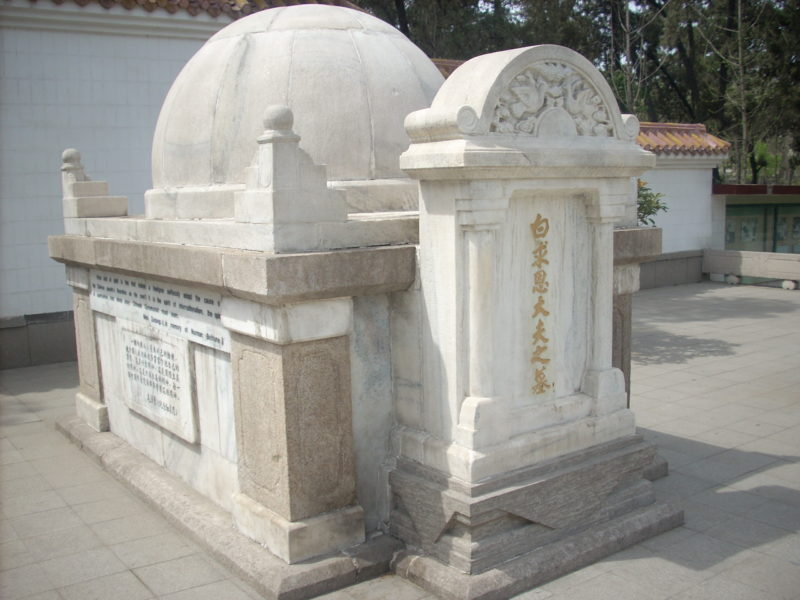 Picture: The mausoleum of Dr. Bethune at Shijiazhuang, China.

We, Canadian people, are great people because we uphold some values for the cause of Human Being as a whole. We are good not because in what we claim we believe, but because what we have been doing in the world. Our kindness has been expressed through the actions of some of our fellow Canadians in the international arena. One of these significant Canadians was Dr.Norman Bethune.

Bethune was born in 1890 at Gravenhurst Ontario, by the south of Lake Muskoka. He was wound when conducting a battlefield surgical operation and died of blood poisoning in China in 1939. He was buried in Revolutionary Martyrs’ Cemetery of Shijiazhuang, China.

Dr. Bethune was a Canadian physician, medical innovator, and a political activist. He invented first mobile blood-transfusion vehicle in 1936 to save human life. He headed Canadian Medical Unite to Spanish War to fight for democracy, and joint Second World War in China to fight against Axis, for the cause of world peace.

Canadians commemorate Norman Bethune for his contribution for Human Being as a whole. Bethune was designated as Person of Historical Significance by Canadian government at 1972. His family house at Gravenhurst was designated National Historic Site of Canada in 1996 and named as Bethune Memorial House.

In 1998, Bethune was inducted into Canadian Medical Hall of Fame located in London, Ontario. After his name, we have Bethune College at York University, and Dr. Norman Bethune Collegiate Institute in Scarborough, Ontario. Chinese also commemorates Bethune, as he fought side by side with Chinese against Japanese fascism for the world peace. After his name in China, there are Norman Bethune College of Medicine, Bethune Military Medical College, Bethune Specialized Medical College, and Bethune International Peace Hospital.

Both Canadian and Chinese commemorate Bethune. On March 23, 1976,  City of Montreal inaugurated the Bethune statue offered by China at Norman Bethune Square. The entire Chinese nation remembers Bethune, as Bethune’s story is in China’s textbook for elementary school. Mao Zedong has a famous article titled “In memory of Bethune”.He wrote in the article: “Comrade Bethune’s spirit, his utter devotion to others without any thought of self, was shown in his great sense of responsibility in his work and his great warm-heartedness towards all comrades and the people。……Now we are all commemorating him, which shows how profoundly his spirit inspires everyone. We must all learn the spirit of absolute selflessness from him. With this spirit, everyone can be very useful to the people. A man’s ability may be great or small, but if he has this spirit, he is already noble-minded and pure, a man of moral integrity and above vulgar interests, a man who is of value to the people. ”

Dr. Norman Bethune showed to Chinese by his action that we Canadian holds values recognized for all human being. And as Mao said in his article, every one of us could be good regardless of how great or small of our ability, as long as we have moral integrity. We are very proud of being Canadian because of Dr. Norman Bethune. 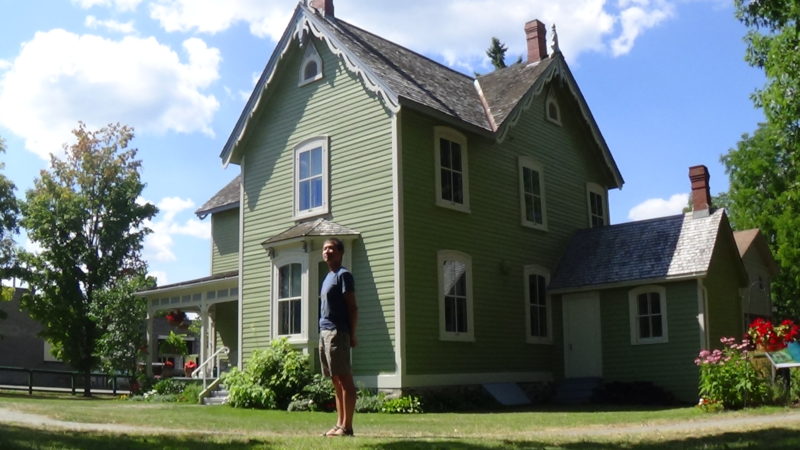 What is wrong with liberal democracy?

Commemorate Chinese Railroad Workers for Their Contribution in Our Nation-building

Global and Mail Is Racist

Our Navy at South China Sea Betrays Our National Interest

Denial of Nanjing Massacre Deprives the Honour of Our Veterans